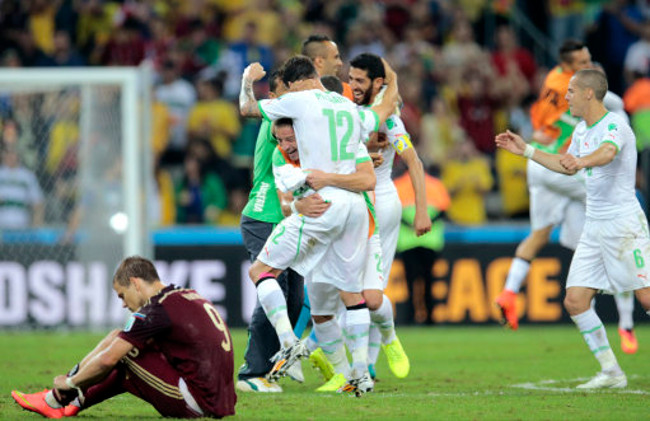 Islam Slimani powered Algeria into the World Cup last 16 for the first time in their history after the Fennec foxes came from a goal down to draw with Russia.

Aleksandr Kokorin opened the scoring for Fabio Capello’s rather disappointing Russians, a goal which would have put the Europeans through. However, Algeria worked hard to get themselves back into the game and were eventually rewarded when Slimani converted a cross from  Yacine Brahim. However, ‘keeper Igor Akinfeev was once again at fault, totally missing the ball to allow to Slimani to score.

Algeria now face Germany in the last 16 while Capello and co. go home after a very poor World Cup.