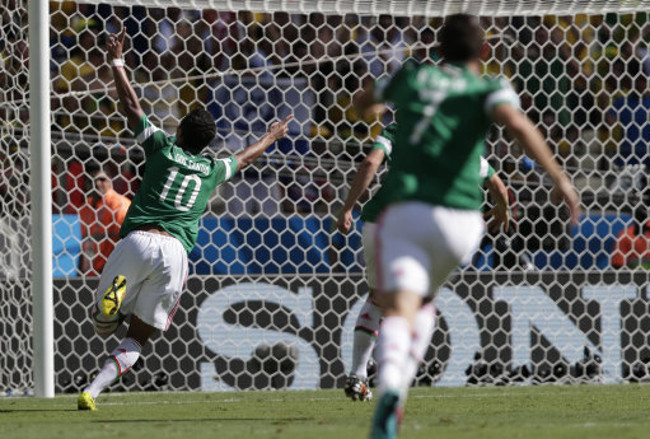 For most of the game the Dutch had toiled against a vibrant, well organised Mexico side who went ahead on 48 minutes, courtesy of a superb strike from Giovani Dos Santos. Migeul Herrerra’s side looked in control but as the second-half wore on, the Netherlands started to up the tempo with Mexican ‘keeper Guillermo Ochoa making a number of outstanding stops.

Van Gaal brought off main-man Robin Van Persie, replacing him with Schalke striker Klaas Jan Huntelaar.and the sub played a huge part of the equaliser, heading back a corner to Wesley Sneijder who fired home from the edge of the box.

Arjen Robben could already have won a penalty in the game when challenged in the Mexican box but with just seconds remaining, the Bayern man made the most of contact from Mexico captain Rafa Marquez and went down. The ref pointed to the spot and Huntelaar thumped home to break Mexican hearts and keep the Dutch in the competition. Dramatic stuff once again!