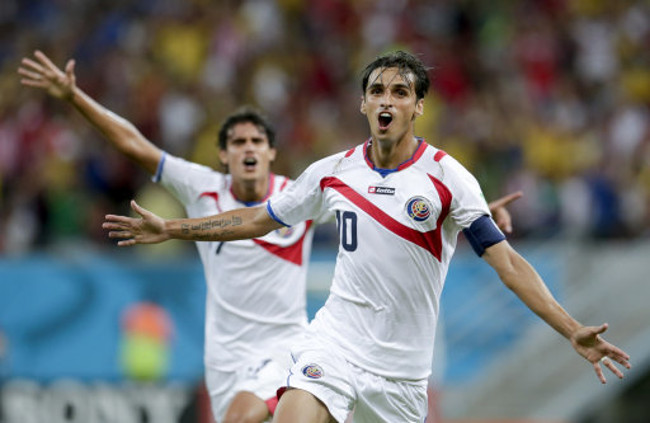 Greece joined Uruguay and Italy as teams overcome by surprise package Costa Rica in Brazil. Los Ticos, down to 10 men in the second-half battled to a penalty shoot-out, which they ultimately won courtesy of five immaculate spot-kicks.

Bryan Ruiz opened the scoring for the Central Americans on 52 minutes before Oscar Duarte saw red for a second bookable offence. Despite working their collective socks off, Costa Rica eventually conceded an equaliser at the death, when Borussia Dortmund defender Sokratis Papastathopoulos fired home.

After weathering more intense pressure in the half-hour of extra-time, the Costa Ricans still managed to compose themselves for the shoot-out, scoring all five with Greek striker Theofanis Gekas the guilty party for the Greeks. Indeed, Costa Rican ‘keeper Keylor Navas was the star of the show and it was fitting that his save would set up the victory, with Michael Umana then converting his side’s fifth penalty.

Costa Rica now face the Netherlands in the last eight while the Greeks will go home after a pretty decent tournament by their standards.