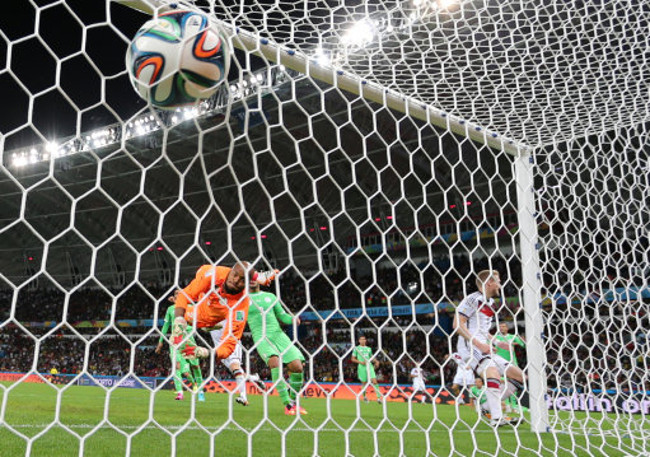 Germany set up a potentially classic encounter with France in the last eight after battling to beat Algeria on Monday evening.

Jogi Loew’s men toiled for large periods of the game, with Mario Goetze, Toni Kroos and Philipp Lahm below par in in midfield against a vibrant, fleet-footed Algerian side. Indeed, on more than one occasion, goalkeeper Manuel Neuer was forced into a sweeper-keeper role as the Africans broke through Germany’s high defensive line.

However, as the game wore on the Fennec Foxes started to tire and Germany started to dominate, with the goal eventually coming in extra-time courtesy of sub Andre Schurrle, who fired home after great work from Thomas Muller. A second then came when Mesut Ozil rammed home on 119 minutes. Algeria weren’t beaten yet, however, and managed to get a deserved consolation goal via Abdelmoumene Djabou at the death.

Not a great performance from the Germans although the TV pundits overtly critical view of the European giants verged on the ridiculous at times. As for Algeria, they can return home after a more than satisfactory campaign.