After Germany took their sweet time about beating Algeria to reach the World Cup quarter-finals, Per Mertesacker was asked during a post-game interview whether or not he thought Jogi Loew’s side were struggling to tread water at the World Cup.

Understandably crabby, the knackered Mertesacker snapped back: ““What do you want from me? We’re in the last eight!” before adding, “Now, I’m going to lie in an ice-bath for three days!”

Ever a man of his word, the big effin’ German centre-back has since posted the following photo on Twitter to prove he wasn’t bluffing, along with the caption “Ice cubes: Day One – work in progress!” 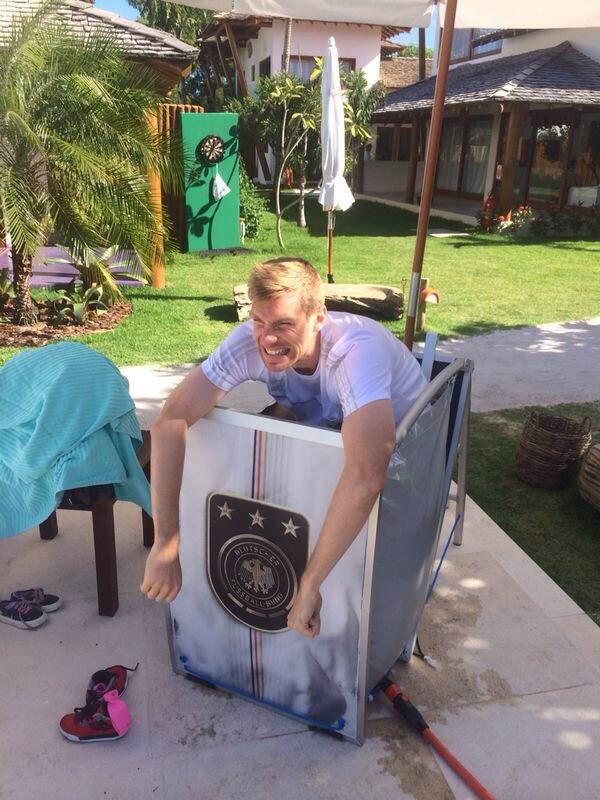 Indeed, Mertesacker’s “ice bath” comments have become a bit of thing in Germany, with football magazine 11 Freunde going the whole hog and mashing the defender’s snarky interview together with Vanilla Ice’s rap classic “Ice Ice Baby”, for no other reason than to amuse themselves…

Another stunning example of that famous German sense of humour!