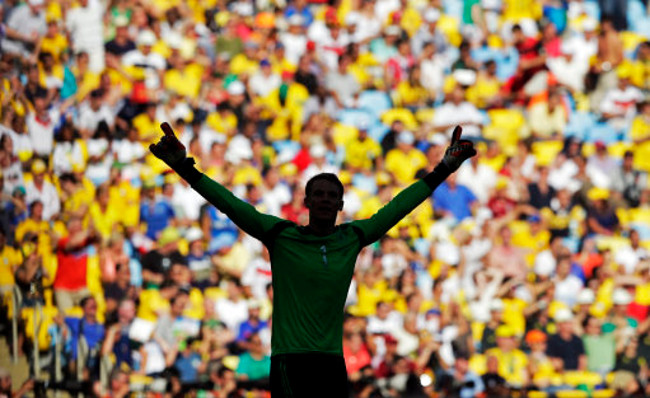 Germany secured their place in yet another World Cup semi-final after overcoming France in a rather disappointing quarter-final clash in Rio.

Germany dominated possession for large periods of the game and went a goal up when Mats Hummel’s deftly headed home a free-kick after evading the challenge of Raphael Varane. Despite going a goal down, a rather flaccid French sidestruggled to create enough decent chances, although as the game wore on Karim Benzema, amongst others, did go close.

At the other end of the pitch, Mesut Ozil set up Thomas Muller who mistimed his shot, leaving Andre Schurrle with a gilt-edge chance to double his side’s lead. However, the Chelsea man could only fire tamelt at Hugo Lloris. But despite that miss, Jogi Loew’s man hung on to book their place in the last four.