Having watched their team go above and beyond at the World Cup, thousands and thousands of fans packed the streets of Bogota to welcome Colombia home as national heroes after the squad flew home into Eldorado International Airport from Brazil on Sunday afternoon.

An open-top bus then took Los Cafeteros through the streets of the city to Simon Bolivar Metropolitan Park, where some 125,000 fans cheered and waved as coach Jose Pekerman addressed the crowd before the Colombian lads had a bit of a dance on stage before setting off once again to the headquarters of the Colombian Football Federation, where President Juan Manuel Santos personally congratulated them on their outstanding performances in Brazil. 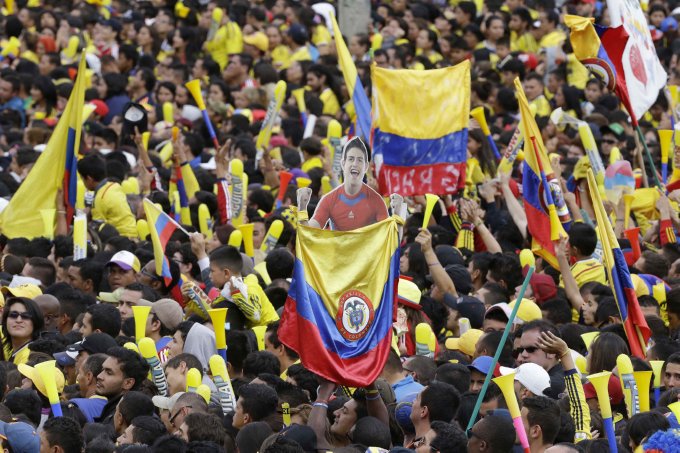 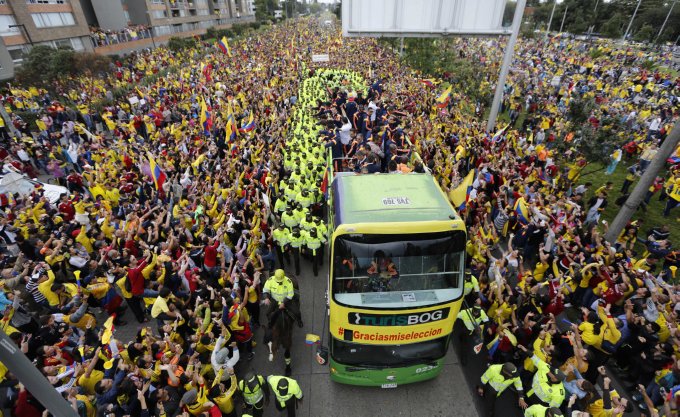 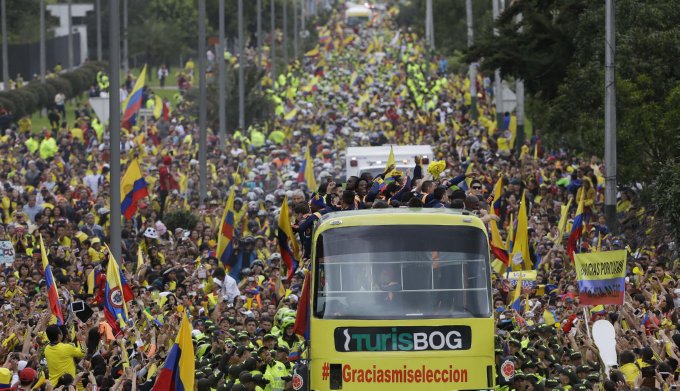 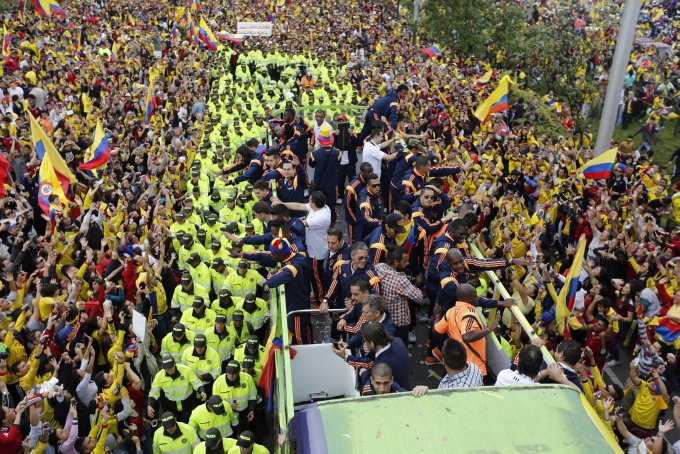 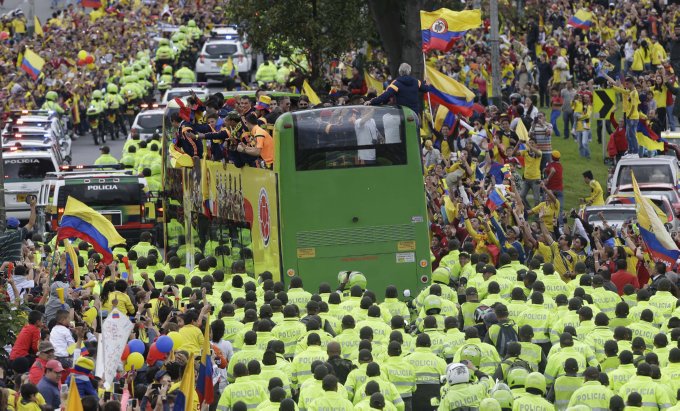 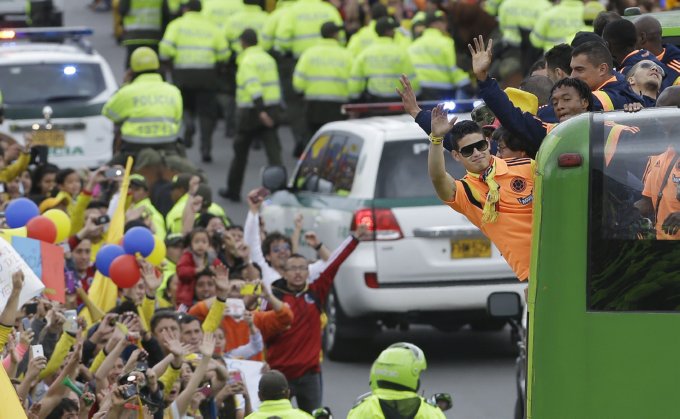 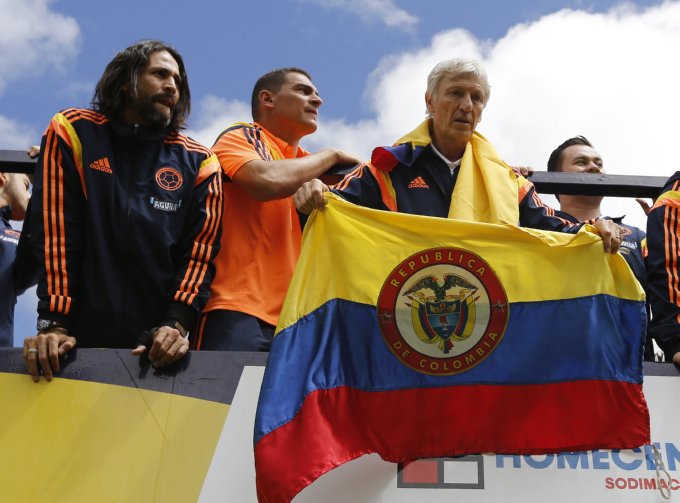 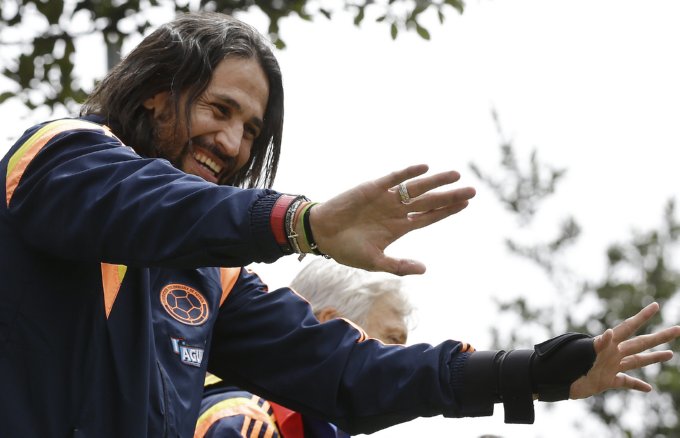 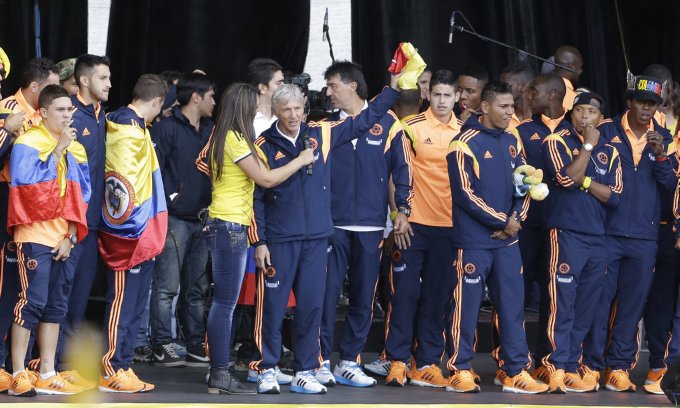 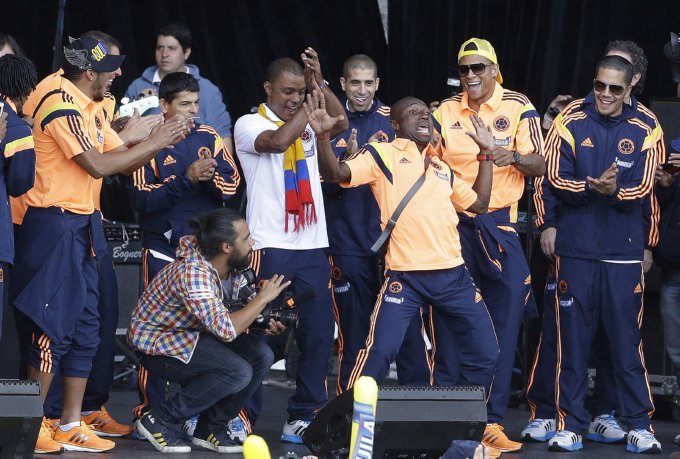 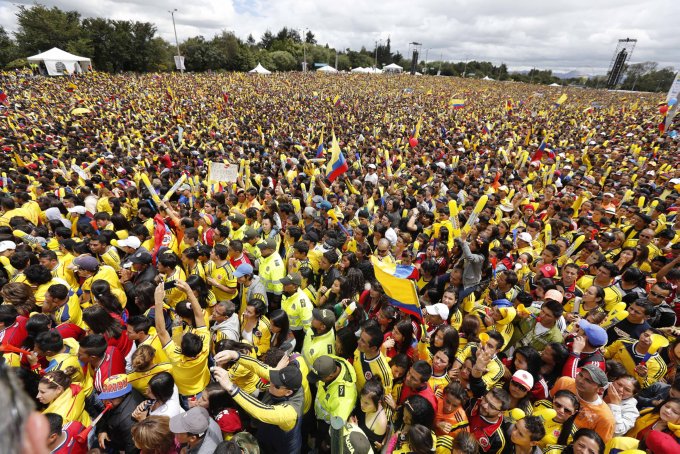