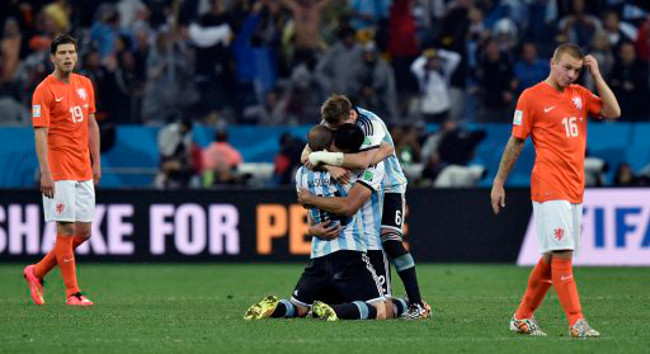 After the incredible goal-fest of the first semi-final, this last-four clash between the Netherlands and Argentina could only disappoint and disappoint it did. It was a dour affair which saw the two sides cancel each other out.

For most of the 120 minutes, key men Lionel Messi and Arjen Robben were rather subdued with few real chances at either end of the pitch. Ultimately it all came down to the inevitable shoot-out, this time with Jasper Cillessen in goal for the Dutch rather than penalty-expert Tim Krul.

Ron Vlaar missed the first penalty for Luis van Gaal’s side with Wesley Sneijder also seeing his effort saved by Sergio Romero. La Albiceleste, on the other hand, netted all four of theirs.