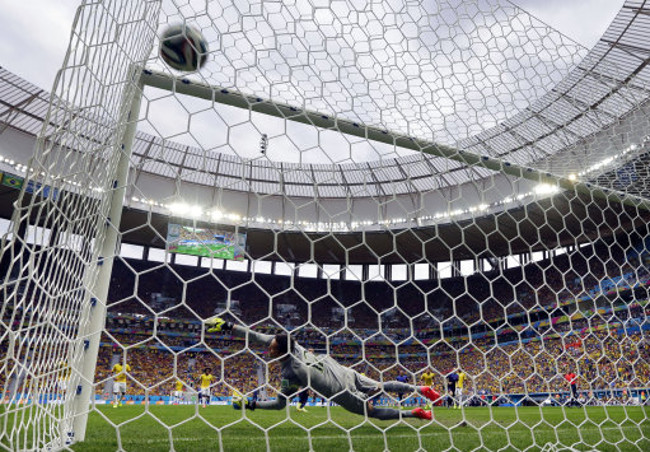 Any hopes Brazil had of regaining some of the pride lost in that 7-1 mauling by Germany were ruthlessly extinguished within the first 16 minutes of their 3rd Place Play-Off against the Netherlands.

Poor defending allowed first Robin Van Persie and then Daley Blind to put the Dutch 2-0 up as Brazil once again fell apart at the back.

Van Persie’s goal, from the penalty spot, came after last-man Thiago Silva pulled back Arjen Robben just outside the box. Referee Djamel Haimoudi bottled it when it came to (rightfully) sending off the Brazilian captain, booking him instead. Then, Haimoudi erroneously deemed the offence to have taken place inside the box, with Van Persie blasting home the resulting spot-kick.

Blind’s goal came on 16 minutes after a woeful headed clearance from David Luiz as the home fans booed their beleaguered team. A third goal eventually came late on, courtesy of a strike from Georginio Wijnaldum, after Brazil had struggled to create any decent chances themselves.

While Louis Van Gaal will go to Manchester United having over-achieved with a patchy Dutch squad, Phil Scolari is headed for the chop after disappointing an entire nation.

Photos… [Not a valid template]