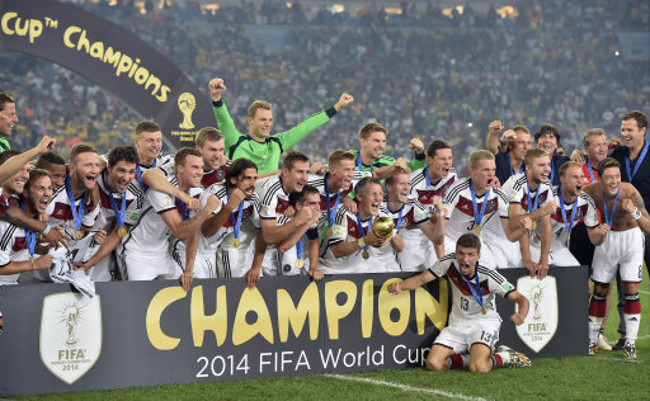 And so a quite superb World Cup comes to an end with Germany, the best team in the tournament, deservedly lifting the trophy and thus becoming the first European side to win it in the Americas.

Sub Mario Goetze’s extra-time goal, courtesy of a sublime finish after a clever pass from Andre Schurrle, was enough to secure the win for Jogi Loew’s charges after an enthralling game at the Maracana.

While Germany had more of the ball, Argentina always looked threatening on the break and overall it was the South Americans who had the best chances of the game, with Gonzalo Higuain, Rodrigo Palacio and none other than Lionel Messi failing to convert when through on goal. Indeed, Messi struggled to influence the game against a superbly organised opponent. As for Germany, it was Mesut Ozil, in his best performance of the tournament, who set up Toni Kroos twice, only for the Real Madrid- bound midfielder to fluff his lines on both occasions.

Ultimately, with the game headed towards another shoot-out, Goetze provided the moment of magic to give this young and hungry German side their first taste of glory. One imagines, it won’t be their last.