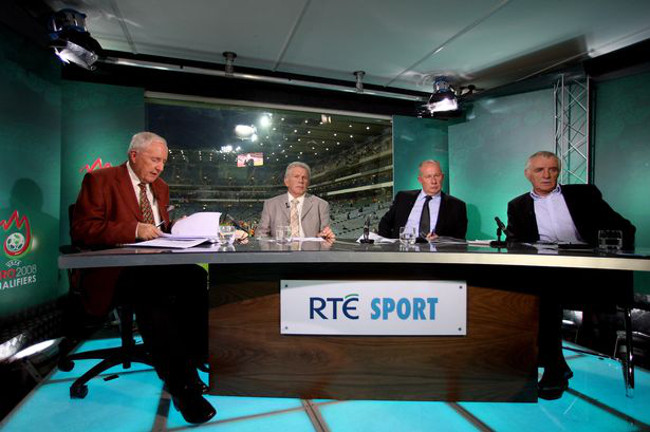 One for the Irish Pies’ fans here. While too often football pundits and presenters on ITV and BBC have wallowed in ‘in-jokes’ and clichés, RTE’s Bill O’Herlihy presided over a football panel famous for its arguments and reticence to resort to lazy sound-bites.

With Eamonn Dunphy, Johnny Giles and Liam Brady amongst others, the RTE panel debates have trumped anything on the Beeb or ITV. It may not have been a slick or as sexy, but it was also far more entertaining. And in his role as the ordinary guy, O’Herlihy was the orchestrator, humble yet quietly superb as steering the conversation. Think of him as everything Adrian Chiles probably wishes he was.

Anyway, Corkman O’Herlihy decided to blow the final whistle on his stellar broadcasting career at the end of the 2014 World Cup, and RTE duly produced this lovely tribute from family, work colleagues and footballers such as Robbie Keane and Ronnie Whelan. Lovely stuff.