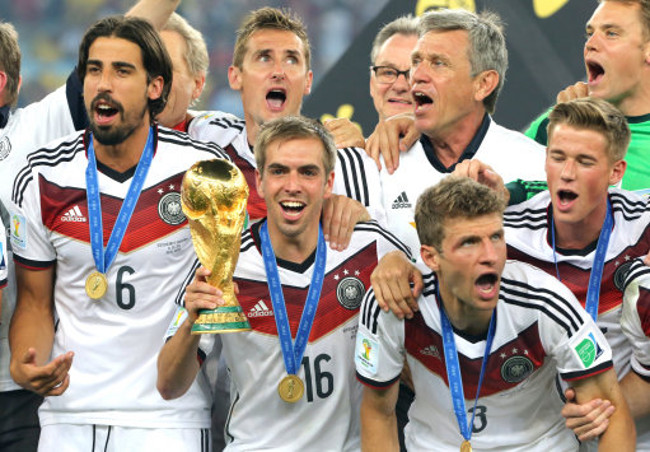 He may be only 30-years-old, but Germany’s World Cup winning captain Philipp Lahm has decided to call time on quite a fantastic international career and focus on his club football with Bayern Munich. The full-back finishes with 113 caps, a haul only Lother Matthaus (150), Miroslav Klose (137) and Lukas Podolski (116) can better.

After making his senior debut against Croatia back in 2004, the diminutive defender played key roles in Germany’s run to the semi-finals of the 2006 World Cup and the final of Euro 2008. Taking the captain’s armband, he then helped his side reach the semi-finals of the 2010 World Cup where the Germans lost to Spain. Euro 2012 saw the Bayern Munich stalwart lead his side to another semi-final appearance before he finally lifted the World Cup in Brazil this summer.

Comfortable in either a right or left-back berth as well as in a holding midfield role, Lahm has been consistently one of the best players in the world over the past 10 years and one Jogi Loew will find hard to replace.

Here’s a highlights package (over 11 minutes long!!!!) including Lahm’s cracker against Costa Rica in the 2006 World Cup. Apologies for the cheesy Europap soundtrack!