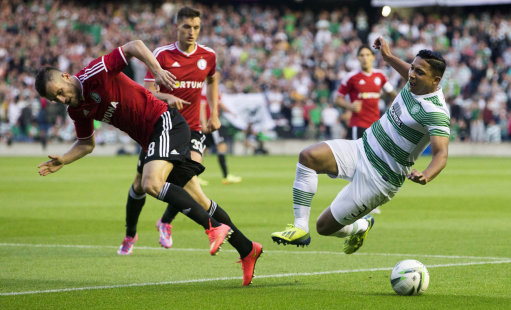 Not so very long ago Legia Warsaw found themselves shunted out of the Champions League after a monumental personnel cock-up against Celtic saw them expelled from the tournament by UEFA despite comfortably beating the SPL side 6-1 on aggregate over both legs of their qualifying fixture.

Fatefully, Legia saw fit to bring on Bartosz Bereszynski for the last four minutes of the second leg, who it later turned out was ineligible for the game due to a suspension that had rolled over from last year’s Europa League campaign.

With that in mind, Legia’s opponents for last night’s Polish league game, Jagiellonia, definitely knew exactly what they were doing when they goaded their Ekstraklasa brethren by booming the Champions League theme music over their stadium loudspeakers before kick-off…

You’ll no doubt be glad to learn that Legia went on to win 0-3.