(WARNING: Pies accepts no responsibility for viewers cringing themselves to death)

Allow us to ply you with a bit of context.

Several months ago, Casillas instigated a fairly childish social media squabble between himself and Arbeloa when he “liked” an Instagram post that criticised his former Real Madrid colleague Diego Lopez and also referred to Arbeloa as “a cone” – i.e, an immobile traffic cone stationed a right-back.

Things flared up again soon after when Arbeloa retweeted a link to a book about Jose Mourinho’s ill-fated tenure at the Bernabeu which gained trace levels of infamy on its release for a passage which branded Casillas “a tumour on Real Madrid”.

Arbeloa publicly apologised to Casillas, claiming that he hadn’t read the entire book and therefore had no idea about the criticism of the ‘keeper contained therein- though Arbeloa’s timing was still considered by many as being less than coincidental.

Have they patched things up since? We’ll let you be the judge of that… 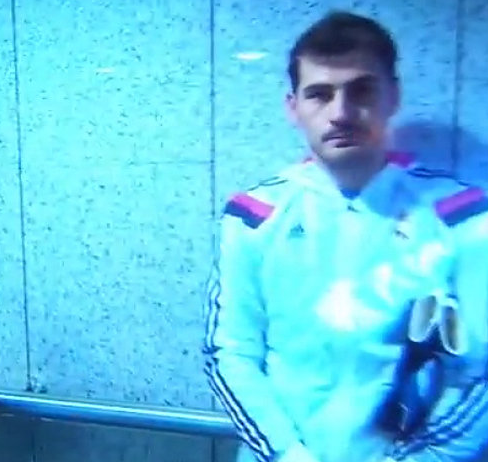