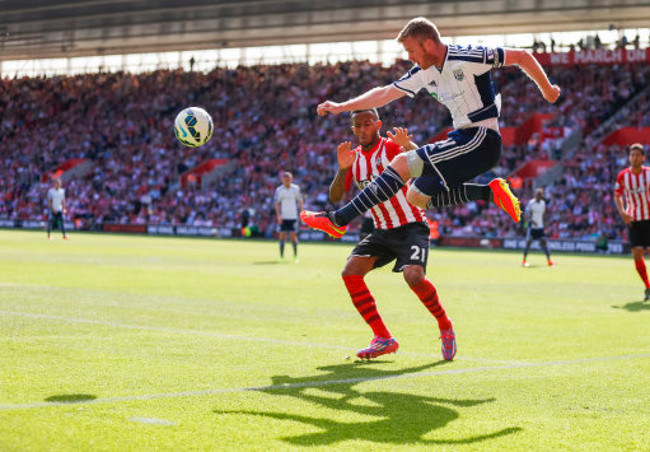 The Saints and the Baggies produced produced a rather dismal goalless clash at St. Mary’s on Saturday, with neither side really doing enough to win the game.

The home side saw James Ward-Prowse go close with a free-kick while summer-signing Graziano Pelle failed to make the most of a couple of decent chances. As for Alan Irvine’s Baggies, the were well-organised if toothless.