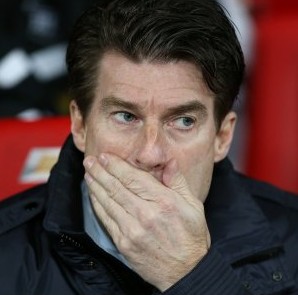 Michael Laudrup’s 23-year-old son Andreas there, proving that on rare occasions the apple can actually fall several kilometres from the tree while missing an open goal from 30cm out while playing for AGF Aarhus against AB Copenhagen in the Danish second division.

UPDATE: Scratch that. Apparently the guilty sitter-misser isn’t a Laudrup but rather AB’s Nichlas Rohde.

We’re still a bit drunk from yesterday’s beer festival. Please find it in your hearts to forgive us.