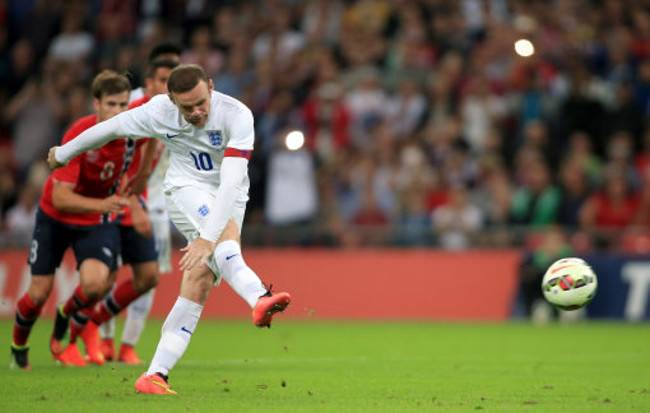 A late Wayne Rooney penalty gave England a win they hardly deserved against Norway on Wednesday night. The Three Lions, playing in a half-empty Wembley, toiled against an organised Norway side with Joe Hart probably the Three Lion’s best performer on the night.

The second-half introduction of Fabian Delph and Danny Welbeck gave Roy Hodgson’s side a little more impetus and the goal eventually came after Raheem Sterling had been fouled in the box. The Norwegians had a few great chances to score themselves, with Hart superbly keeping out Josh King amongst others.

Not a great performance by any means but a clean sheet, a win and vital experience for some of the younger Three Lions – it could’ve been worse!