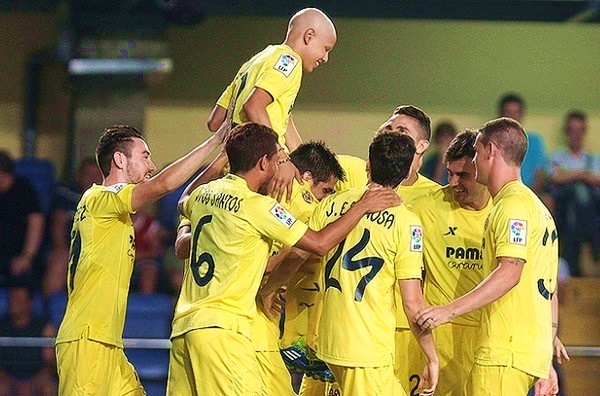 There was a surprise call-up into the Villarreal squad for last night’s friendly against Celtic at El Madrigal, with coach Marcelino Garcia Toral bringing 13-year-old fan Gohan into his starting line-up.

Gohan, who sadly suffers from an aggressive form of cancer, was allowed to fulfil a lifelong dream of playing and scoring for his beloved Amarillo after the club promised his nurses to help make his dream come true.

After being given the full VIP treatment, Gohan was gifted his own No.12 kit and allowed to start up-front alongside Gerard Moreno.

Straight from kick-off, Gohan jinked his way down the centre of the pitch, firing off a couple of slinky 0ne-twos on the way (there’s a joke about Celtic’s defending in there somewhere) before giving Bhoys ‘keeper Lukasz Zaluska the eyes and flicking his shot home…

With Gohan then subbed off for Luciano Vietto to rapturous applause from the fans, Villarreal went on to win the game 5-2.

The ongoing link between Villarreal and Celtic is one forged by charity, with the two teams joining forces following a UEFA Cup game in 2004 to continue to raise both funds and awareness for child cancer sufferers.

Former Villareal player Ernesto Boixader lost his son to the disease not long before the aforementioned European fixture a decade ago and was so taken back by the outpouring of generosity from the Celtic fans he decided to show his appreciation by forming the Submari-Celtic Supporters’ Club, who have since raised nearly €150,000 in the name of charity.