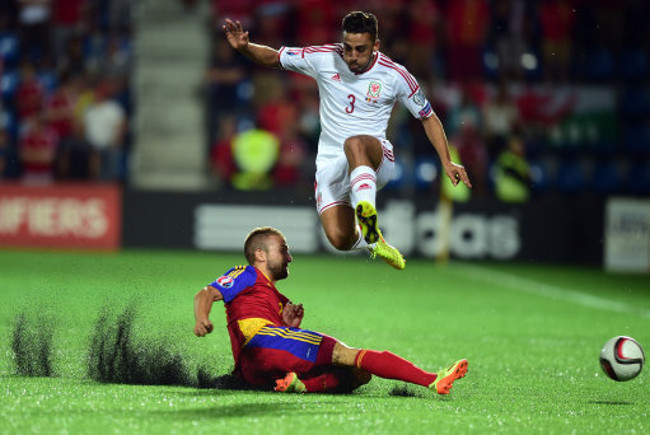 On a bumpy artificial pitch (full of rubber pellets) in Andorra la Vella, Wales came within a whisker of suffering a pretty disastrous result against one of Europe’s perennial minnows.

With just six minutes of the game gone, Chris Coleman’s side were a goal down after Neil Taylor’s shirt-pull in the box lead to a penalty for the hosts. Captain Ildefons Lima converted the spot-kick to give the side ranked 199th in the world a shock lead.

While Aaron Ramsey struggled to get into the game on the unforgiving pitch, Gareth Bale ultimately proved to be Wales’ saviour. The Real Madrid superstar headed home the equaliser on 22 minutes after a centre from Ben Davies.

The travelling Welsh support booed the team off at half-time and after the break, the visitors looked to be heading for an embarrassing result until Bale again came up trumps. With just nine minutes left on the clock, the former Spurs man curled home a superb free-kick to save his team’s blushes and deny poor old Andorra their first competitive point in nine years of football.

The pitch may well have been a strange surface to play on but the shoddy result is sure to see Coleman’s tenure come under the spotlight once again. A late injury to Arsenal star Ramsey will also have Arsene Wenger fretting ahead of the weekend’s big clash with Man City.