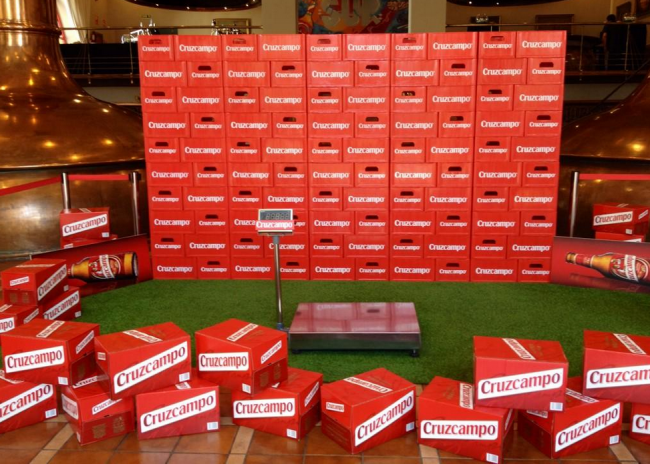 As a reward for winning the Europa League last season, with each victorious member of Sevilla’s squad have been gifted with their bodyweight in beer courtesy of club sponsors Cruzcampo.

Appearing at a special ceremony, one by one each Sevilla squad member (as well as the technical staff) made their way onto the scales, had their weights taken and were then bestowed with the requisite amount of free cerveza…

Score! How Ivan Rakitic must be bloody kicking himself for joining Barcelona now!