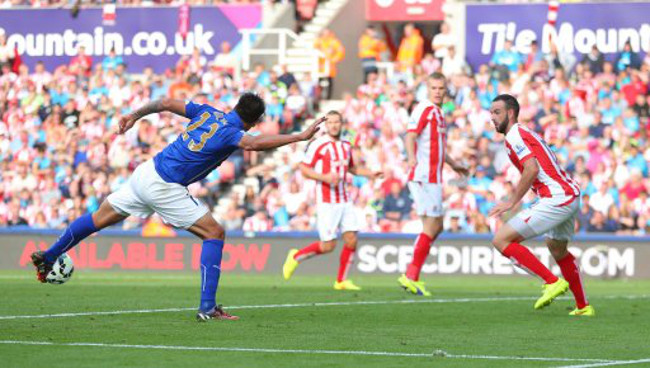 Another goal from ex-Brighton hitman Leonardo Ulloa gave Leicester their first win of the new season at the Britannia Stadium.

Stoke were the better side for long periods of the game but Peter Crouch missed a great chance to opening the scoring for the hosts. Leicester’s goal eventually came just after the hour-mark when Ulloa diverted his run to fire home from a Paul Konchesky pass.

That goal came after the half-time introduction of legendary midfielder Esteban Cambiasso, and the former Real Madrid man produced an impressive display in the heart of the Foxes midfield.

While Nigel Pearson will be delighted to have secured a win, Potters’ boss Mark Hughes will be ruing a number of missed chances.