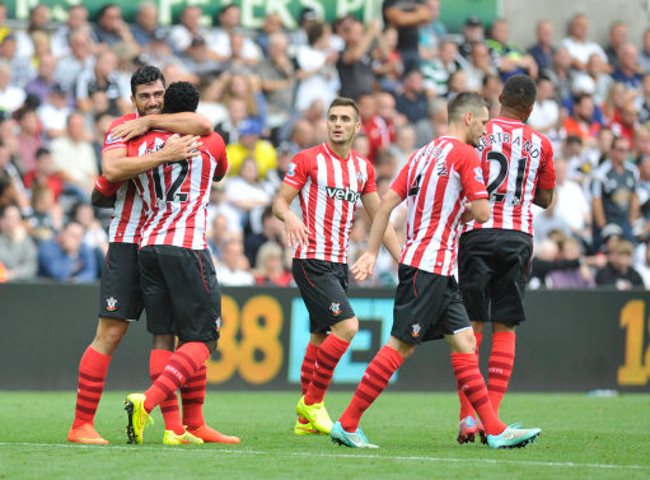 Ronald Koeman’s superb start to life in the Premier League continued on Saturday as his side beat 10-man Swansea in Wales.

Overall, the game was a disappointing affair with neither side producing enough moments of quality. However, the first-ahlf sending off of Wilfried Bony for two bookable offences handed the initiative to the Saints who eventually took the lead late on.

Sub Victory Wanyama was the match-winner for the home side, producing a fine finish on 80 minutes to give the Saints all three points.

Southampton now find themselves second in the league having picked up an impressive 10 points from five games. Garry Monk’s Swans, despite this defeat, are still in fifth with another creditable nine points from their first first fixtures.