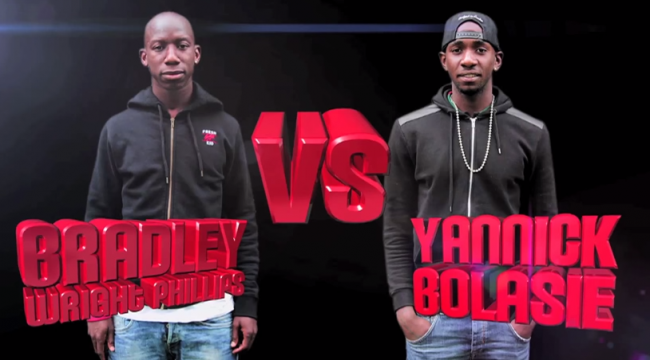 We can’t believe we completely missed the other five instalments, but the “Lord of the Mics VI” mixtape/compilation CD is almost upon us and the sixth entry in the oeuvre is set to be the best (much like the Police Academy franchise – “City Under Seige” being a true classic of the police farce genre), featuring as it does the long-awaited, much-hyped rap battle between Bradley Wright-Phillips and Yannick Bolasie.

The pair, who were teammates at Plymouth Argyle once upon a time, have already squared off in a rap battle earlier this year and have reignited their furious grime feud just in time for inclusion on “Lord of the Mics VI”.

Here’s a sample of the timeless rhymes on offer, firstly from Crystal Palace winger Bolasie:

“He couldn’t score goals in the Championship, that’s why he went down to League One.”

“All those years playing in England, everyone knows you be missing.”

“Even your own girl said you were scary.”

“I play in the Prem you know.”

“If you’re being honest you know I’ve won, it’s Brad keeping you in a battle that’s done”

“No goals (at international level), I feel so sorry for you.”

“MC battle? You were in a relegation battle.”

Woah, steady on Bradley! We don’t want to be having to rush anybody to the burns unit here.