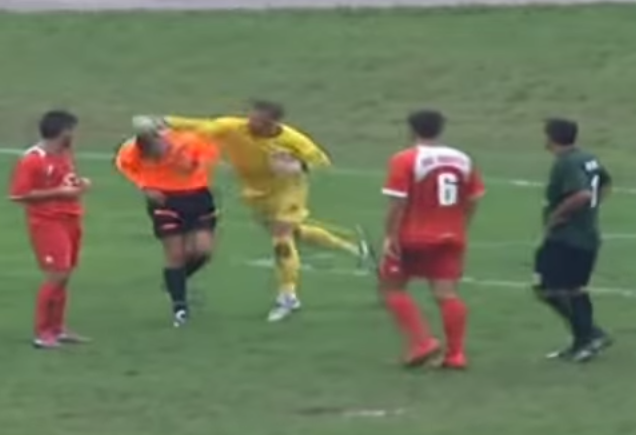 Nobody likes picking up a frivolous booking, though it’s fair to say that NK Bratstvo ‘keeper Romeo Mitrovic took an exceptional amount of umbrage at being flashed the yellow during his side’s Bosnian second division tie against FK Buducnosti when he reacted by attempting to unhinge the referee’s jaw.

The footage doesn’t show why Mitrovic (who has one cap for the Bosnia & Herzegovina national team) was cautioned, but it does show the incensed ‘keeper marching toward the official before attempting to break his face with a stiff haymaker – which, thankfully, fails to fully connect.

The official then does the sensible thing and bloody scarpers…