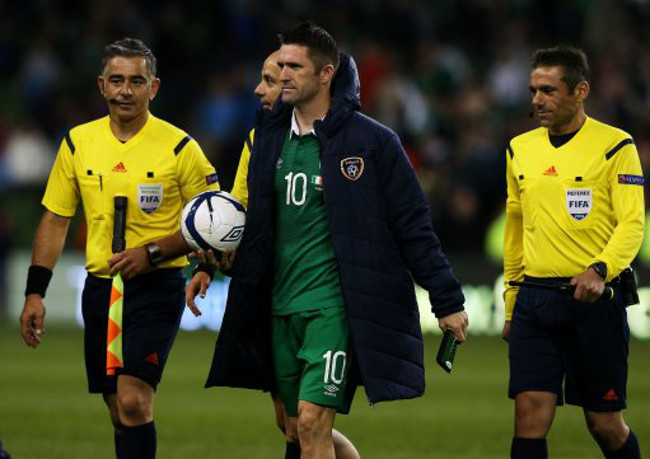 As expected, Ireland coasted to a big win at home to Gibralatar on Saturday evening. Robbie Keane filled his boots against this team of (actual) amateurs, bagging a hat-trick within the first 18 minutes. The LA Galaxy hitman’s goals were his third hat-trick in international football while the veteran striker now has 65 goals for his country in 136 games. Indeed, his trio of goals also means Keane is now the top-scorer in European Championship qualifying history (21, one more than Turkey’s Hakan Sukur).

Wigan winger James McClean bagged himself a brace while Norwich schemer Wes Hoolahan also got on the scoresheet. The other goal for the Boys In Green came courtesy of a horror OG from Gibraltar ‘keeper Jordan Perez.

Martin O’Neill’s charges are now top of Group D with a rather more difficult game against world champions Germany away next Tuesday. Gibraltar, on the other hand, have now lost their both two Euro 2016 qualifiers 7-0.