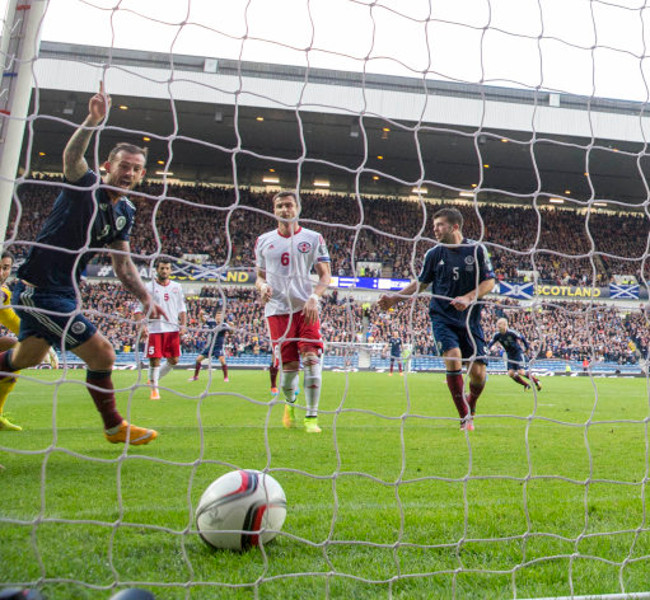 Despite dominating for large periods of this game at Ibrox, Scotland needed an own-goal from Akaki Khubutia to earn them all three points against a resilient Georgian side.

The Scots created a number of chances, but Steven Naismith and Steven Fletcher, among others, failed to provide the cutting edge. Temuri Ketsbaia’s side defended well but were eventually undone by an OG on 28 minutes.

Shaun Maloney was the architect of the only goal of the game, with his drive saved before rebounding in off an unlucky Khubutia. The visitors did push for an equaliser after the break but ultimately Gordon Strachan’s side would secure their first points of the Euro 2016 campaign.