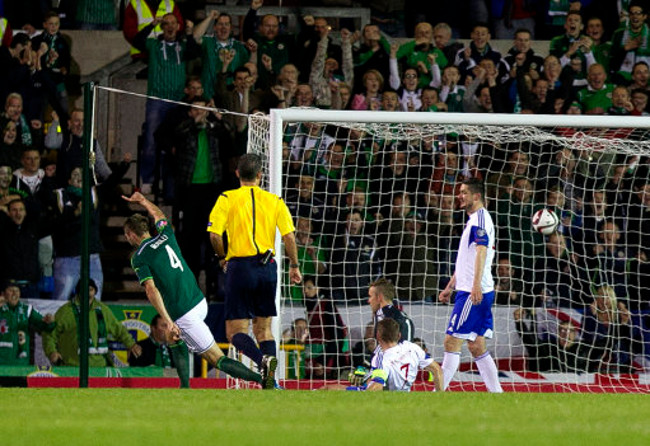 Northern Ireland made it two wins out of two in their Euro 2016 campaign after comfortably beating the Faroe Islands at Windsor Park.

Gareth McAuley opened the scoring on six minutes when he fired home after a flick-on from Chris Baird after a corner. Kyle Lafferty then doubled the home side#s advantage on 20 minutes to basically kill off the game. However, the visitors did have a chance to get back into the game before the break, only for Roy Carroll to save Fródi Benjaminsen’s spot-kick.

The visitors, unsurprisingly, struggled to threaten the Northern Irish goal after that with the second-half a rather dull affair. Still, the win sees Michael O’Neill’s side top Group F ahead of their rather trickier away clash in Greece on Tuesday.