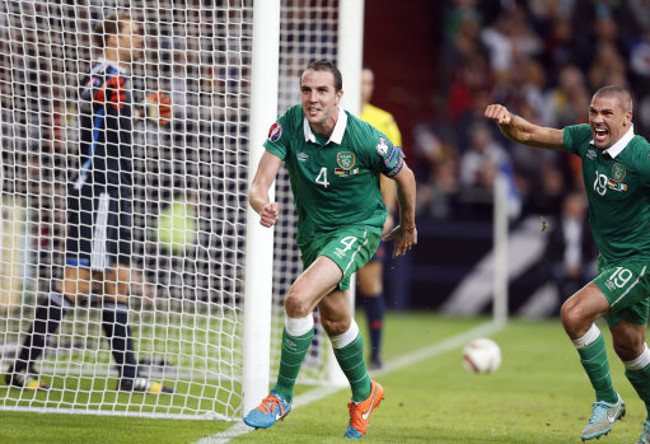 On his 100th appearance for the Boys In Green, veteran defender John O’Shea secured a superb point for Ireland away to the world champions.

O’Shea’s goal at the death came after the Germans had, unsurprisingly, dominated the game. Eric Durm hit the woodwork early on while Antonio Rudiger also went close. However, the Boys In Green stood firm against a German side without any really cutting edge.

The hosts’ goal did come eventually, however, courtesy of a strike from Toni Kroos on 71 minutes. But rather than collapsing after that goal, the Irish battled themselves back into the game with sub Wes Hoolahan adding a creative threat for the visitors. And then, with the game almost over, up popped O’Shea to fire home after good work from Jeff Hendrick.

That result sees the Irish second in Group D, behind Poland courtesy only of goal difference. Scotland find themselves in third with Germany fourth in a group which is sure to go all the way to the wire.