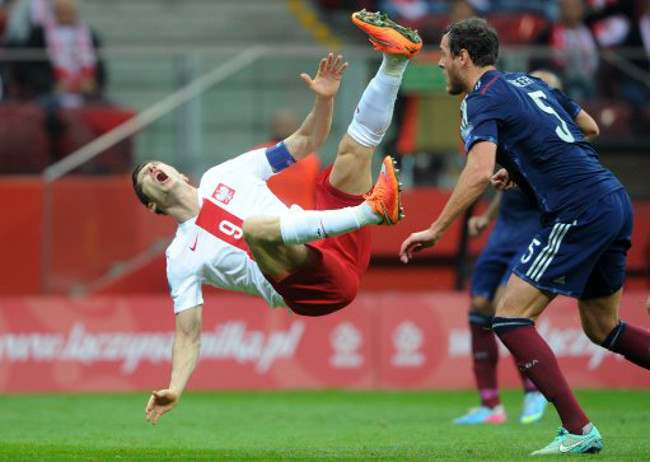 On a good night for the Home Nation sides, Scotland pulled off a fine 2-2 draw in Warsaw against Poland, a side on a high after beating world champs Germany at the weekend.

The hosts did open the scoring on 11 minutes, courtesy of a fine finish from Krzysztof Maczynski. However, the Scots were well up for this game and were back level just seven minutes later. Shaun Maloney was the scorer for Gordon Strachan’s side, who produced a classy, measured display throughout.

Things got even better for the Scots just before the hour-mark, when Everton striker Steve Naismith fired past Wojciech Szczesny after a slick team move.

The visitors worked hard to protect their precious lead but on 76 minutes Arkadiusz Milik unleashed a superb shot to rescue a point for the Poles and give the two sides a share of the spoils.

Scotland now find themselves in third place in Group D, one place above Germany and three points behind leaders Poland.