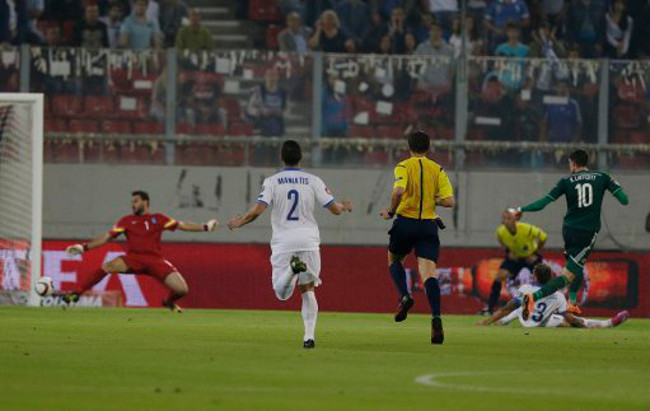 Northern Ireland pulled off a superb win in Greece on Tuesday night to make it three wins out of their first three games for the first time in their history.

Michael O’Neill’s charges took the lead after just nine minutes, courtesy of Jamie Ward’s effort which deflected off Loukas Vyntra and into the Greek net. That goal was fair reward for the visitor’s bright start although as the first-half unfolded, Greek started to create chances. However, soon after the re-start it was Northern Ireland who scored again, this time when the in-form Kyle Lafferty ran clear before firing home superbly from the edge of the box.

Greek struggled to create much for the rest of the second period and ultimately it was the visitors who would secure a superb victory which seems them top Group F, two points clear of Romania.