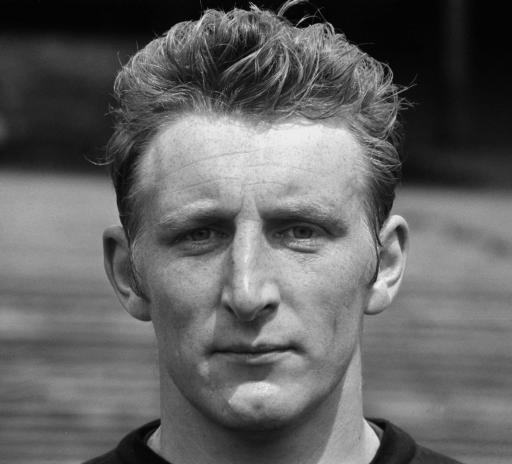 Picture the scene: It’s 22nd October, 1969 and things are getting a bit frantic as the World Cup qualifier between Scotland and West Germany enters its final throes.

Scotland found themselves 3-2 down against a dominant West Germany in Hamburg and facing the very real prospect of not qualifying for the 1970 World Cup in Mexico.

It was at that point that Celtic full-back, Lisbon Lion and general tough nut Tommy Gemmell went surging towards the German box with the ball at his feet.

With Gemmell known to have a bit of a cannon of a shot on him, Germany forward Helmut Haller (the bloke who nicked Geoff Hurst’s 1966 World Cup Final hat-trick match-ball) committed a deliberate professional foul in order to clip the advancing Scottish defender and stop him in his tracks.

Angry, Scottish and pumped full of nervous adrenaline, Gemmell wasn’t about to let Haller get away with his dastardly deed and duly set about planting his right boot right up the German’s jacksie…

Ooof. A right old swing if ever we saw one. They don’t make ’em like Tommy Gemmell any more!

For the record, Gemmell was shown a straight red card (presumably for attempted battery) with his Celtic manager, Jock Stein, watching in the crowd. The relationship between the two swiftly began to deteriorate from there on, with Gemmell moving on south to Nottingham Forest in 1971.

Scotland went on to lose 3-2 on the night before suffering defeat in their final qualifying game against Austria too, meaning West Germany qualified for the 1970 World Cup in front of them.