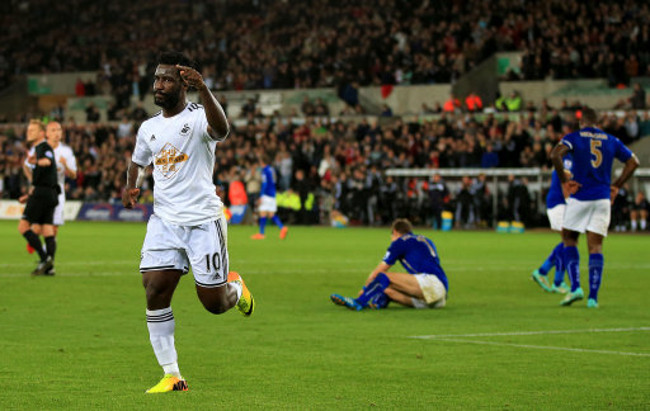 A brace from Wilfried Bony was enough to give Swansea a deserved victory against Leicester on Saturday. The Ivorian’s goals came on 34 and 57 minutes are were fair reward for a performance which saw the Swans dominate the game.

Leicester rarely threatened the Swansea goal although Esteban Cambiasso did hit the post late on. However, with Gylfi Sigurdsson once again pulling the strings in midfield and Bony a powerful cutting edge up front, Garry Monk’s side were well worth the three points.