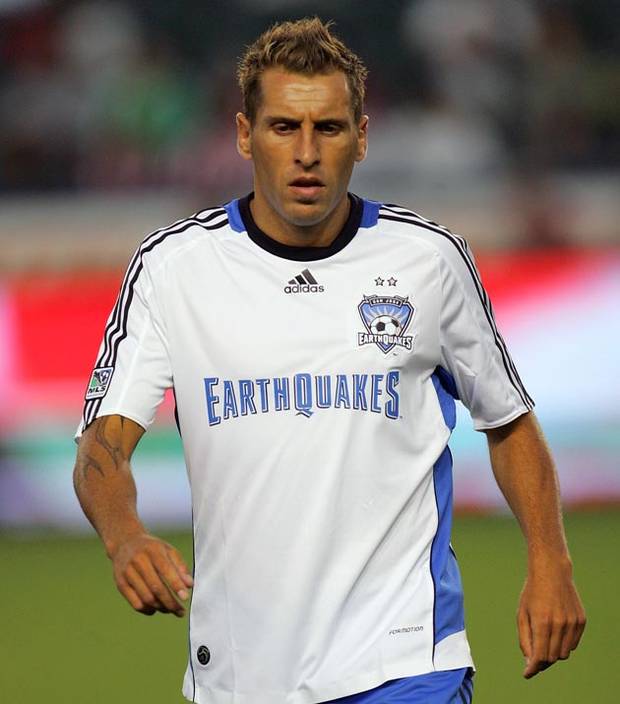 With Bradley Wright-Phillips becoming the all-time record MLS single-season goalscorer at the weekend, Pies’ train of thought inescapably began meandering toward Darren Huckerby – as it so often does.

Allow us to elucidate: Huckerby was one of the first Premier League-era pioneers to make the lucrative end-of-career jump to MLS in lieu of dropping down the leagues and, having left Norwich at the end of the previous season, his arrival at the San Jose Earthquakes in 2008 was greeted with almost stereotypically awful faux-enthusiasm from the local news station, KRON 4.

Charged with hyping up some schmuck he’d never heard of who played a sport he likely couldn’t care less about, the KRON 4 anchor did his best to interview Hucks – establishing the following facts over the course of their awkward, stilted chat…

Huckerby’s sole season in the MLS was relatively successful, with the former Coventry, Man City and Norwich (and Forest!) striker scoring a respectable 9 goals in 28 appearances for the Earthquakes and bagging himself the  2008 MLS Newcomer of the Year Award before retiring the following September after undergoing an operation on his dicky hip.