With the moronic dingbats responsible for last night’s triptych of pitch invasions (the photos have since been stripped) at White Hart Lane announcing that they are planning further invasions at other London grounds, Pies thought it was high time to provide the stewards of the land with the necessary tools to help stamp out this burgeoning plague of idiocy.

We’re going to start with a few basic manoeuvres and then gradually ease into a few more advanced techniques to help you deal with your little pitch-invader problem both efficiently and effectively.

Perfectly demonstrated by a steward named Mohammed Ali (yes, really) during an ACL Final a couple of years ago, the rugby tackle is nigh-on certain to compromise your target’s verticality – though you do run the risk of ending up with your face wedged between his naked hairy gluteuii…

Only to be attempted by trained professionals wearing suitable scrotum-resistant clothing, the Bertie Bee tip-tackle is 100% effective at disorientating the target… 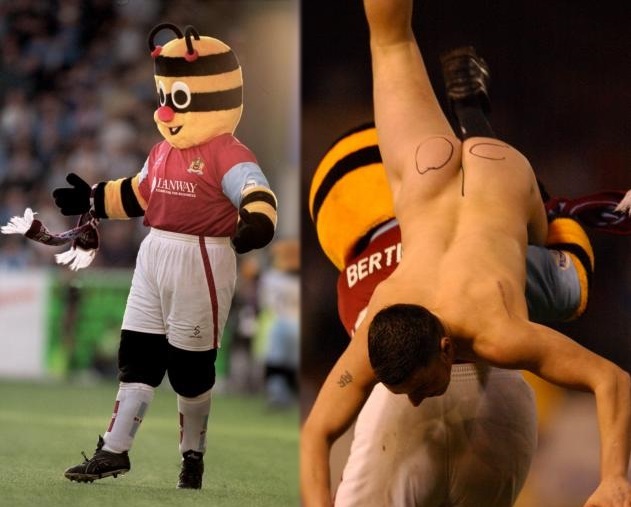 Rare and exotic, like Um Bongo. The TLT has only been used in anger once – during the 2012 Trinidadian InterCol  Cup Final between Presentation College San Fernando and Shiva Boys Hindu College.

With an irate fan breaching the touchline and storming toward him, the suitably peeved lino dished out swift and just vengeance using the only weapon he had to hand…

Never be ashamed to windmill. 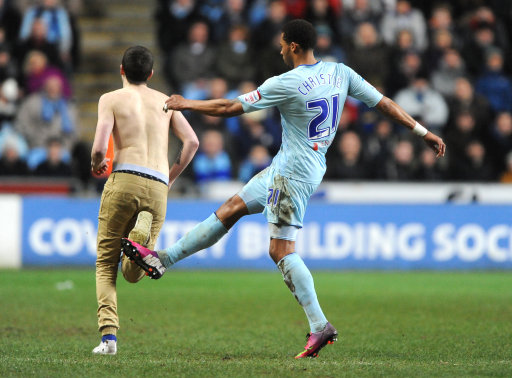 Simple enough but requires expert precision, the Cyrus Trip is only to be attempted by those with sniper-like dexterity.

Which leads us nicely on to… 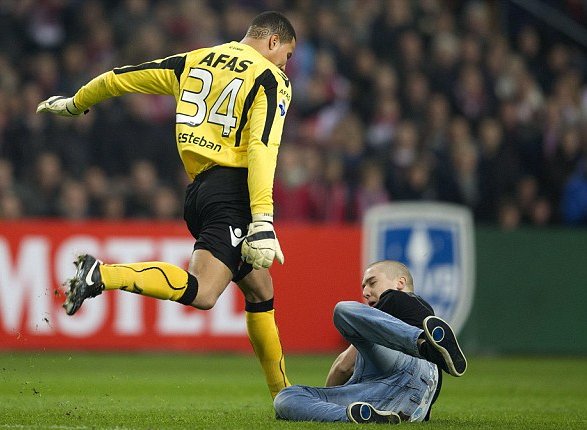 The Cyrus Trip’s big brother; innovated by AZ ‘keeper Esteban Alvarado during a  KNVB Cup between Ajax and AZ Alkmaar a year or two ago.

A 19-year old Ajax fan ran onto the pitch and leapt at Alvarado, who duly knocked the supporter out of the air and proceeded to kick seven shades of stront out of him.

Esteban was then sent off for ‘violent misconduct’ by referee Bas Nijhuis , which led his irate coach, Gert Jan Verbeek, to order his side to walk off in protest.

The game was then abandoned entirely after just 38 minutes…

Just for the record, The Alvarado has since been outlawed by the Geneva Convention.

With various bits of anatomy flapping about here, there and everywhere, the Streaker Slam is fraught with danger, but the bureaucracy involved can be just as perilous – just ask Dorchester Town’s player-manager Ashley Vickers.

Vickers brought this scantily clad herbert down with a textbook rugby tackle during his side’s non-league game with local rivals Havant and Waterlooville, only to be sent off by the official in charge for “violent conduct”.

The 39-year old immediately appealed to the FA over the decision, contesting that he was merely “doing the stewards a favour”.

Frowned upon these days, but Lorimer – renowned for having one of the hardest shots in the game – certainly got the job done, giving this young fan an almighty whacking across the shins after the little urchin disrupted the game between Leeds and Manchester United at Old Trafford in 1972…

If your on-site security are struggling to apprehend the target, then maybe it’s time to call in some military assistance?

If you can’t beat ’em, just give ’em a big old smackeroo and send them on their way… 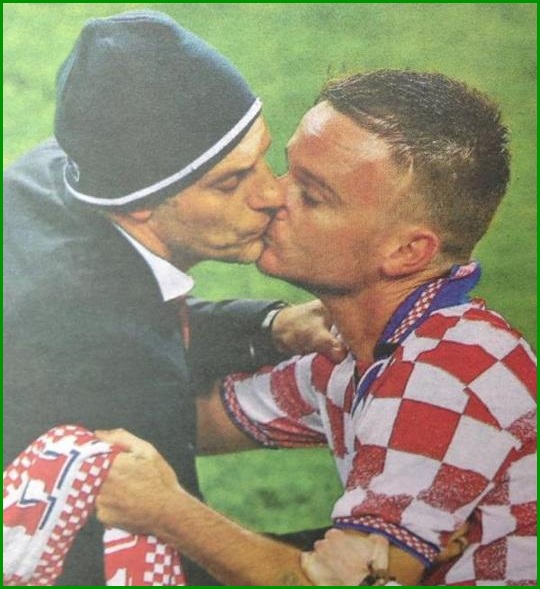 *Pies accept no legal responsibility for any injuries, psychological trauma, legal issues or long-lasting, complex romantic involvements that may occur from the use of these techniques. They are provided for educational purposes only.