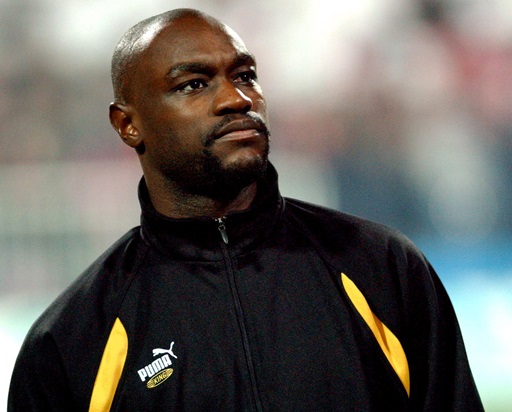 “Someone order a brick shithouse?”

In what we’re planning to make a semi-regular little series on Pies, we thought we’d pluck a great, if slightly lesser-known goal from the archives at random and duly give it its moment in the spotlight.

To kick things off we’re starting from an absolute corker from Cameroonian blunderbuss Patrick M’Boma; a powerful target man who clocked up some serious mileage over the course of his meandering, nomadic career with spells in France, Italy, Japan, Libya and, briefly, Sunderland.

However, it was during his single season at Gamba Osaka in 1997/98 that M’Boma unleashed this acrobatic monster against opponents Shonan Bellmare…

Blimey. If you’re going to make up for a semi-botched first touch, do it like that!

Of course, that wasn’t the only outrageous finish M’Boma ever applied, following up with an equally impressive beauty while on international duty against France in October of 2000…