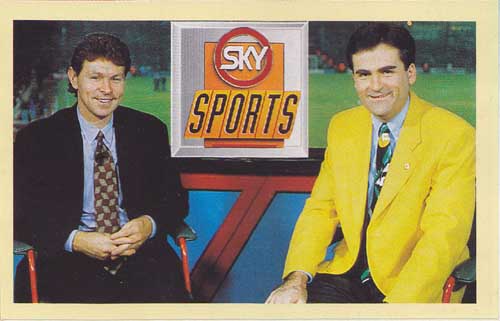 “I like the jacket, but do you do it in pissy yellow?”

Posted up yesterday by Sky Sports themselves as a ‘throwback Thursday’-type thing, here’s one of several flashy(ish) promos used to hype the launch of the Premier League back in 1992 – either the day football died altogether or the day football became totally extreme, rad, wicked and awesome, depending on which side of the fence you come down on.

Because what could be more exciting than the prospect of watching Andy Ritchie and John Salako do their respective thangs on your television screen week in, week out?