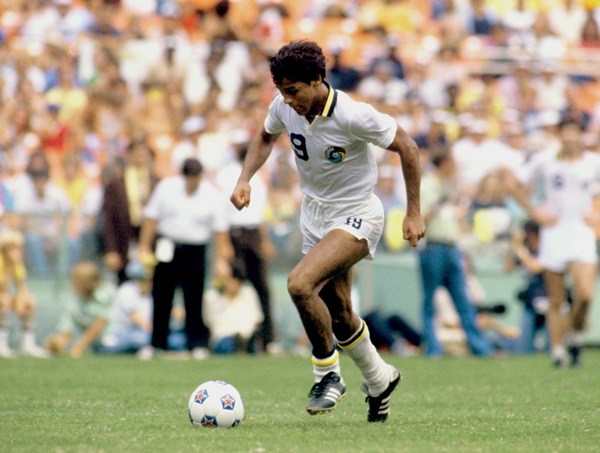 This time we’re opting for something a little different in the impressive flexible guise of 1983’s Budweiser NASL Goal of the Year – scored by Roberto Cabanas of the New York Cosmos, no less.

Finding himself in a tricky position underneath a knock-down from Cosmos teammate Angelo DiBernado, Paraguayan striker Cabanas engaged in a spot of pre-Zlatan Zlataning (David Hartrick©) to somehow hook the ball home against the wonderfully Yanktastic-sounding Tulsa Roughnecks (who had a pretty special club crest, as it happens)…

In fact, we had to re-watch the video several times to actually work out how Cabanas (who was also named NASL Forward of the Year in 1983) managed to get anything on it.