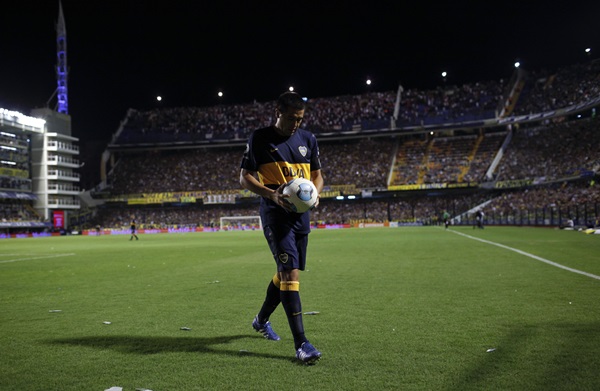 With the sad news that the great man has called time on his career at the age of 36, we thought we’d make today’s Random Great Goals instalment decidedly less random than usual as a little appreciative doff of the cap to Juan Roman Riquelme.

Now, granted, an exquisitely placed free-kick would probably be a more accurate representation of Riquelme’s goal haul, but instead we’ve opted for an absolutely explosive effort from Boca’s Copa Libertadores game against Corinthians in 2013.

After a quick chop-and-change with Cristian Erbes out on the flank, Riquelme takes one look up, sees Corinthians ‘keeper Cassio meandering a couple of feet forward from his line and the rest, as they say, is an instantaneous 35-yard screamer into the far top corner…

If, like us, you could watch Riquelme play all day, then please accept this parting gift: four glorious minutes of his silken footwork captured in slow motion…