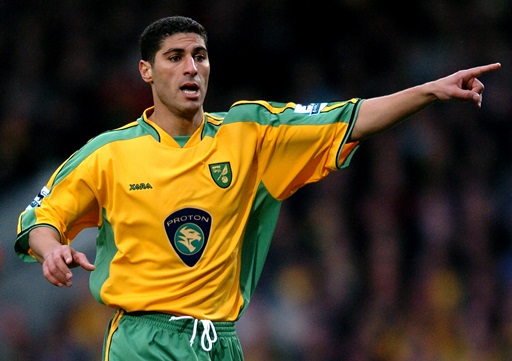 It all ended under a bit of a cloud when he ditched the club’s team photo shoot and joined Southampton, but there was a time when Norwich City fans used to gleefully chant “Moroccan All Over The World”, boasting that midfield scrapper Youssef Safri was “better than Juninho” during the heady days of 2004/05.

Safri had to earn his corn with the Carrow Road faithful though, with the aforementioned chant only bestowed upon him after he scored a truly magnificent ripper against Newcastle, sending a 40-yard scorcher clanging in off Shay Given’s crossbar – the opening goal in a dramatic 2-1 victory for the Canaries…

Patrick Kluivert went on to equalise for Newcastle in the 89th minute before Dean Ashton popped up in injury time to head home a late winner for Norwich – Thomas Helveg (hands up, we’d completely forgotten he’d ever played for Norwich) picking up his second assist of the night in the process.

Good times…at least until Norwich were relegated three weeks later, ending the league season with a 6-0 tonking from Fulham on the final day.