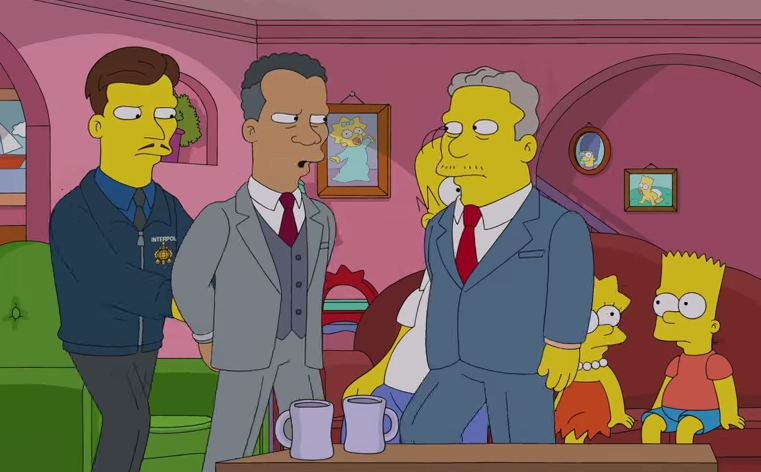 It seems that a pre-World Cup episode of The Simpsons may have correctly predicted the recent wave of FIFA officials being pinched on corruption charges.

Initially airing in March 2014, the episode ‘You Don’t Have To Live Like A Referee’ sees the ‘FIFA vice-president’ suddenly arrested by an Interpol agent in The Simpsons’ living room…

If we’re honest, given the climate at the time it wouldn’t have entailed the wildest leap of imagination to foresee FIFA going south, but still.

Did the Simpsons predict the World Cup? pic.twitter.com/Z1P3llZ8ip

Mind status: Blown. The Stonecutters are definitely behind this. We just know it.

Now if you’ll excuse us, Pies are off to binge-watch every single video that comes up when we enter ‘Simpsons illuminati conspiracy’ in the Youtube search box.