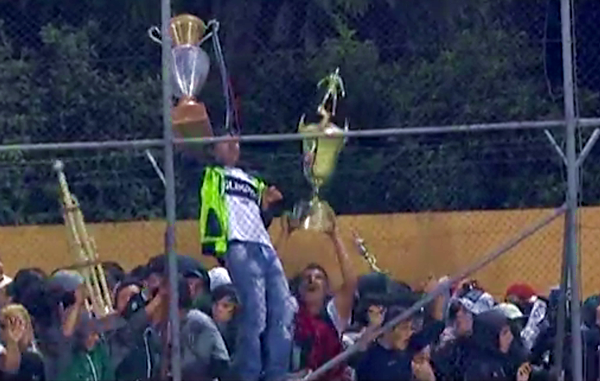 The two oldest, most successful clubs in Paraguay, Club Olimpia and Club Guarani, met in the Primera Division on Sunday evening and, as per usual, things were a little on the fraught side.

Police were forced to intervene before the game when packs of rival fans clashed outside the stadium, culminating in a group of Olimpia-supporting scallywags breaking into Guarani’s trophy room and pilfering as much of the club’s silverware as they could carry.

The fans then proceeded to jig about with the trophies in the stands before hurling them all over the wire pen fencing and onto the pitch.

You’ll no doubt be heartened to learn that Guarani had the last laugh, winning the derby 1-0 and extending the gap between themselves and Olimpia in the upper reaches of the Primera Division table to 12 points.