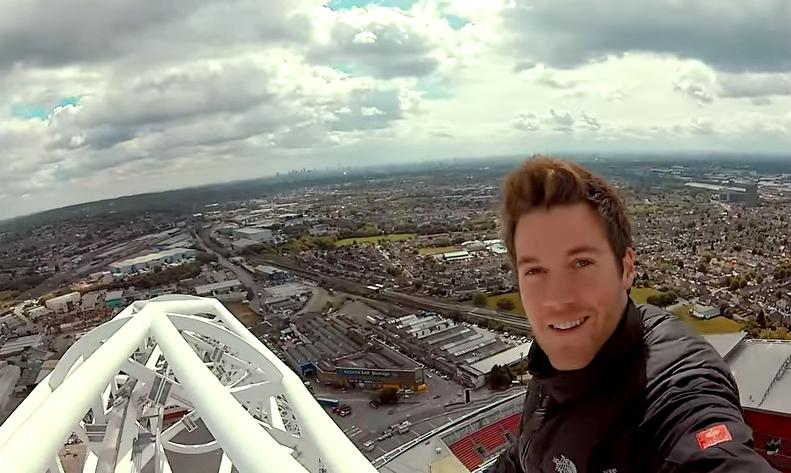 While England were out of town boring the living daylights out of everyone in Dublin on Sunday, freeclimber James Kingston decided it was time to embark on a climb he’d had his eyes on for a while.

Employed by EE to help plug the launch of their new 4GEE Action Camera, Kingston scampered right to the top of the Wembley arch without a single safety cable or carabiner to his name.

He also filmed the whole thing using his 4GEE, eventually giving us a glimpse of the same spectacular views across northwest London that he was afforded once he reached his destination some 425 feet above the Wembley centre circle…

Rather him than us, though one quick skim of his Youtube channel is enough to prove that our James is completely nuts.