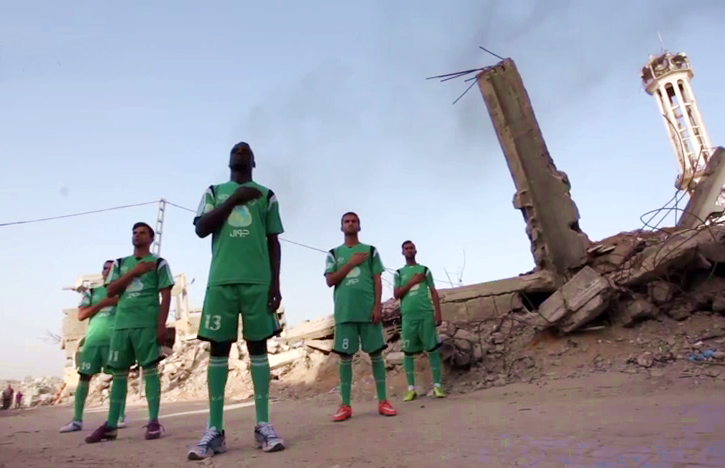 As far as football is concerned, 2014/15 proved to be an outstanding season for Palestinian side Itihad Shujayya, who wrapped up an imperious domestic double by winning both the Gaza Strip League and the Gaza Cup.

However, they had to do it against a war-torn backdrop, with sustained shelling and intense fighting reducing vast swathes of Gaza to rubble in the past year or so.

As such, Itihad Shujayya have produced an extremely poignant video showing the team celebrating their trophy haul among the dust and debris of their levelled neighbourhood…