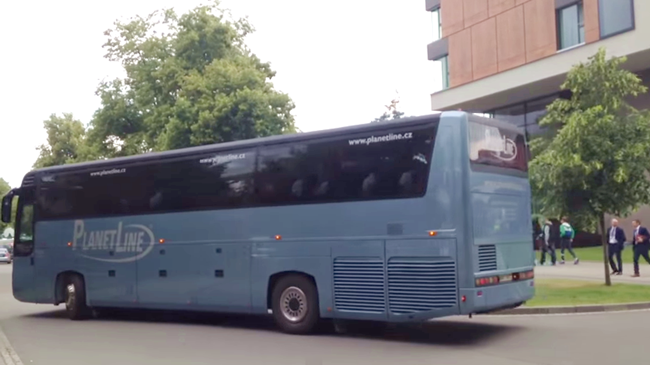 Just when you were thinking football’s top brass couldn’t make themselves look any more ludicrous, something happens that reminds you we’re dealing with a special breed of stupid here.

To wit, UEFA protocol demands that all teams arrive for UEFA-sanctioned matches on their official coaches. Because reasons.

As such, before their recent Euro U21 Championship tie against Sweden at the Androv Stadium in Olomouc, England’s younglings were faced with a mammoth journey from their team hotel – an odysseian trek of almost 130 metres.

However, rules being rules, they still had to load up the bus and clamber aboard to toddle around the corner – quite literally.

UEFA, of course, being a “socially responsible” organisation that prides itself on its commitment to “protecting, sustaining and restoring the environment“.