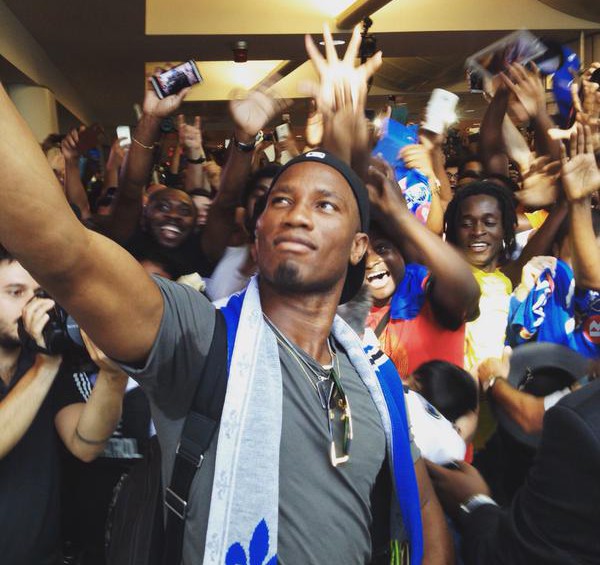 It seems to have taken him a fair old while, with an aborted move to Chicago Fire in there somewhere, but Didier Drogba is now a Montreal Impact player having signed with the MLS side earlier in the week.

Touching down in Canada for the first time yesterday afternoon, Drogba was greeted by frenzied throngs as hundreds of fans stampeded through Montreal–Pierre Elliott Trudeau airport to get a look at their hero.

The former Chelsea striker captured his first steps on Canadian soil on Twitter. What’s the French for pandemonium?

So this is happening. #IMFC

The official MLS website dispatched Olivier Tremblay to document Drogba’s big welcome but the ensuing din was so loud that it rendered all of his tapes useless.

Hence, he was forced to admit up front that his report was a little light on quotes due to the “utter mayhem” that descended on Montreal airport.

“All this fuss for little ol’ me? Step aside bitches, Queen Bitch coming through!”