He of that classic mazy, dribbly goal at Old Trafford for Derby County, the gangly Paulo Wanchope got himself into a spot of bother recently during Costa Rica’s U23 Olympic qualifier against Panama. 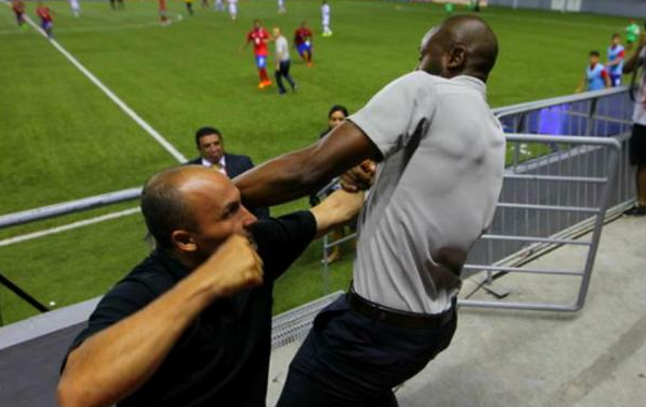 The 39-year-old, who is the current boss of the senior Costa Rican national side, wanted to go onto the pitch to complain to the fourth offical about a decision. However, when the former Man City and West Ham man was told he wasn’t allowed, he first shoved a very young steward before getting into an almighty scrap with a security guard who was half his size. Ugly scenes indeed!

Just for balance, here’s that classic 1997 Old Trafford solo goal from the man himself, with magic commentary from BBC Radio Derby…