Leicester City are no strangers to racism controversy, are they?

Only a couple of months ago the club sacked three of their players, including the then manager’s son James Pearson, after they were involved in making a racist sex tape during a club tour of Thailand. 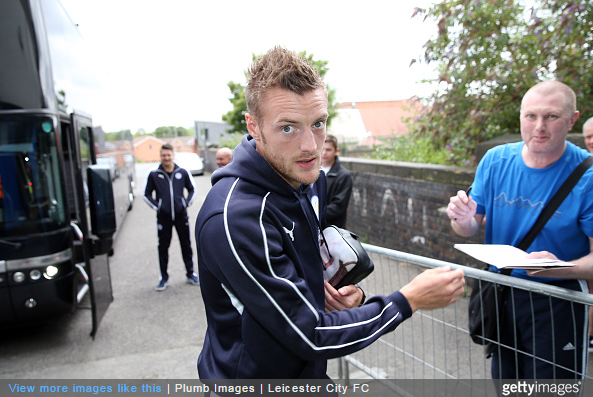 “Of course I’m not racist. Some of my best team-mates are Japanese”

Well, now striker Jamie Vardy has been fined by the Foxes following the release of a video by The Sun on Sunday which allegedly showed the 28-year racially abusing a Japanese man in a casino in July.

Here’s the pathetic and embarrassing video in question…

However, after investigating the tape, the club have decided not to sack the player but instead sanction him with an apparently hefty fine. 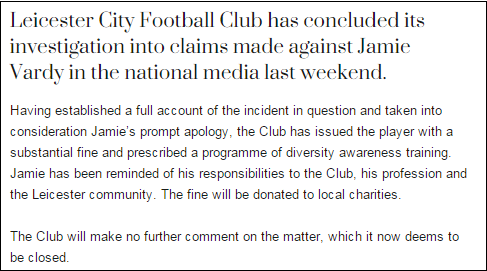 Jamie has apologised and for me it is OK. There’s a good relationship between Jamie and Shinji. We go only forward.

Vardy, who made his England debut last season, can count himself lucky he’s still on Leicester’s books.  And one wonders just how hard that “substantial fine” and obligatory racism awareness programme will really hit him or teach him to grow up.