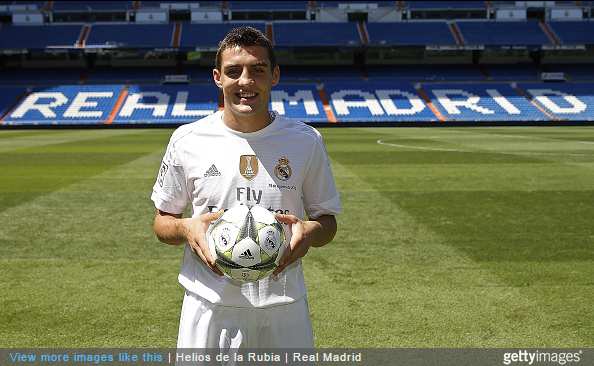 Shortly after sealing his £25million move from Inter Milan to Real Madrid, Mateo Kovacic did the done the thing and followed Florentino Perez up on stage to say a few introductory words to the gathered media masses.

Unfortunately for the young midfielder, those words just so happened to be in Catalan.

Kovacic greeted the press pack by saying ‘Bon dia a tots’ – Catalan for ‘Good morning everybody’. What followed was a tangible, excruciating second or two of bemused silence…

To whichever member of the Real Madrid gang that stitched the new boy up like that, we humbly salute you!