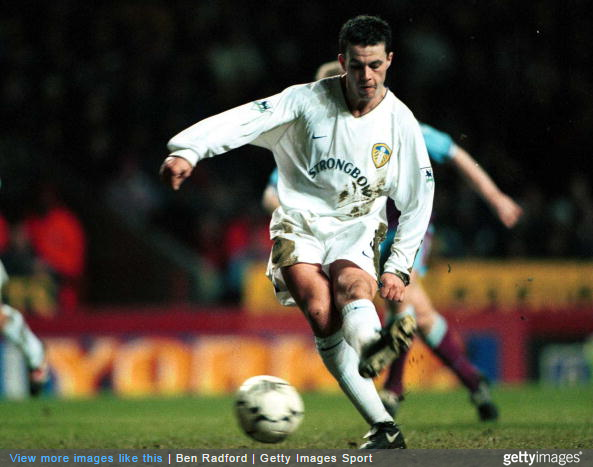 Ian Harte has retired from football today, four days shy of his 38th birthday. The former Leeds, Carlisle, Reading and Levante left-back bows out having won 63 caps for the Republic of Ireland and scoring 12 international goals in the process.

Harte made over 250 appearances for Leeds after coming through the youth ranks at the Yorkshire club, making his senior debut in 1996 and helping himself to a raft of goals over the subsequent eight seasons at Elland Road – even finding his way into the 1999/2000 PFA Team of the Year.

After helping Bournemouth in their ascent to the Premier League last season, Harte revealed that he’d been mulling over offers from several Championship and League One side but has instead decided to go out on a high.

The time has come to hang the boots up. I have had over 20 years playing football and loved every minute of it!!! Now to the next chapter 👍🏻

Speaking as somebody who couldn’t believe he was still playing in 2013, this comes as both a tremendous shock and a great relief.

Underrated and bloody useful over a dead ball, the man could certainly strike a mean free-kick…

While Harte famously possessed a Wand Of A Left Foot™, the one on the end of the other leg definitely had its uses too…

So long Ian, and enjoy your retirement. You’ve earned it.