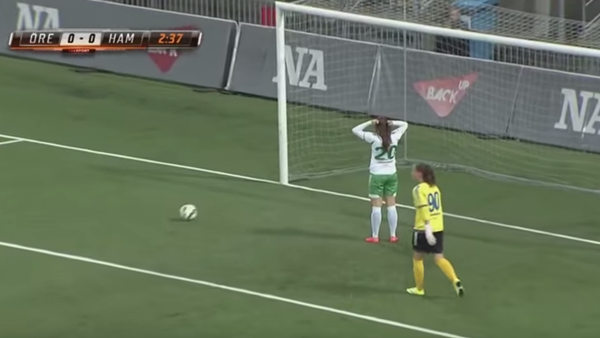 We’re dipping into the recent Damallsvenskan (the top flight of Swedish women’s football) fixture between Örebro and Hammarby here, with a seemingly innocuous ball being played back to the Hammarby goalkeeper less than three minutes into the game.

However, the ‘keeper’s clearance was shut down by an Örebro forward, which sent the loose ball bobbling softly across the six-yard box.

It was at this point, under absolutely minimal duress, that Hammarby defender Helén Eke chose to paint her masterpiece…

Yeesh. There’s no two ways about it: that was just horrible.

For the record, Hammarby went on to lose 3-1 after subbing Helen Eke off after just half-an-hour. They currently lie second bottom of the table.